Welcome to the inner-workings of my mind

It’s been five months going on six of being in Saskatchewan. WOW!!! Time does fly!!! Although we’ve been here this long I still get waves of homesickness at the most unexpected times in the days. Also, I still have mixed feelings about this move. 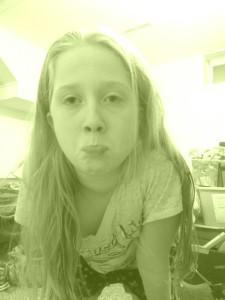 Although I have those feelings and the homesickness, I still have done stuff I’ve never done before!! Things like:

Traveling like no tomorrow – I’ve done so much traveling I haven’t seen tomorrow.  I’ve been to North Dakota and all over most of Saskatchewan.  I’ve seen Manitoba and a lot of Ontario.

I’ve volunteered at places.  My favourite is the SPCA and the white husky I walk.

Doing many after-school activities I never could do before like guitar, drama and soccer.  Before we could only afford one after school activity.  Here I can do a whole bunch.

It’s been fun here and all.  I really do prefer Ontario though because I’m a Toronto girl and proud of it.  I want to go Ripley’s Aquarium so badly.  I’ve lived near Toronto all my life.  I miss it a lot.  I’ve got to do a lot of stuff since I’ve been in Saskatchewan. I have had a really good time and have a lot of opportunities.   It was for the best moving here, I don’t regret coming!!!

But hopefully there’s a chance we go back 🙂

I am a Chapters-Indigo Affiliate !!!